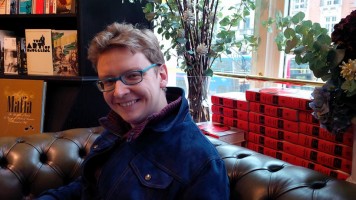 Reviews:
“Guy Farley is one of those hard-working guys (pardon the pun) whose name you hardly ever see in mainstream movies or television. Caldera records have a rich history of releasing Farley’s music that has, quite likely, slipped under anyone’s radar. And the thing is… it’s really great stuff.”
Synchrotones

“Given a nostalgic waltz-structure, Farley’s music is gently impassioned, and imprints upon the listener the earnestness of the character to right the wrongs of his self-centered past. Comprised of a chamber orchestra colored by ethnic instruments such as Spanish guitars and cavaquino, accordion, ethnic percussion, which conveys the Mediterranean flavor of the film’s rural Portuguese setting, carries the emotional storyline with an airy lightness that is both brightly appealing and eerily reflective.”
BuySoundtrax

“This is a delicate work for small classical ensemble, embellished with warm Mediterranean colours and not shying away from sentimentality. It is warm, melodic and melancholic, not very original but very touching.”
Underscores.fr

“Guy Farley never stops amazing me, takes you to a place you recognize and been before… then steps it up to a wonderful place… a beautiful place.”
JMHDigital

“A score with a beautiful main theme that shows both dignity and melancholy. It is an often intimate work, elegant and austere, with Portuguese references when the story demands it.”
MundoBSO

“The composer does everything right and once again I feel the need to say something that I am beginning to think I should open every Caldera review with instead of ending it with it: this is a perfect film music score, and one of those stunningly beautiful compositions that Guy Farley graces us with whenever he gets the chance.”
SoundtrackDreams